Things Have Been Going On!

I've had a lot of irons in the fire lately trying to promote the Project and the album. Doing all of this myself isn't exactly easy, but at least I know it's getting done, giving me the ability to sleep a little each night. One of the main things I've been working on is making it easier on everyone to hear and purchase the album with the least amount of effort. That being said, I have some good news for everyone.
"Lost In Mississippi" by the Kevin Waide Project is now available on Spotify, iTunes, and Google Play. You can still Buy Direct From Kevin Waide at www.kevinwaide.com if you'd rather support us that way, and can get an actual CD shipped to you.
I would also like to take a moment to recognize my good friend and band mate Jason Carter for his feature in Jacked Magazine this week. Jason is the smoothest and most tasteful slide guitarists I have ever had the privilege of making music with. Attached is a copy of the article. Congratulations, Jason. It's all well deserved. 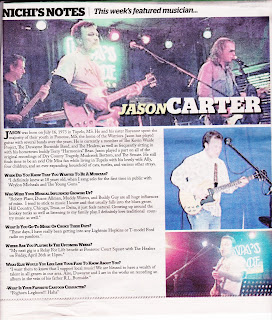